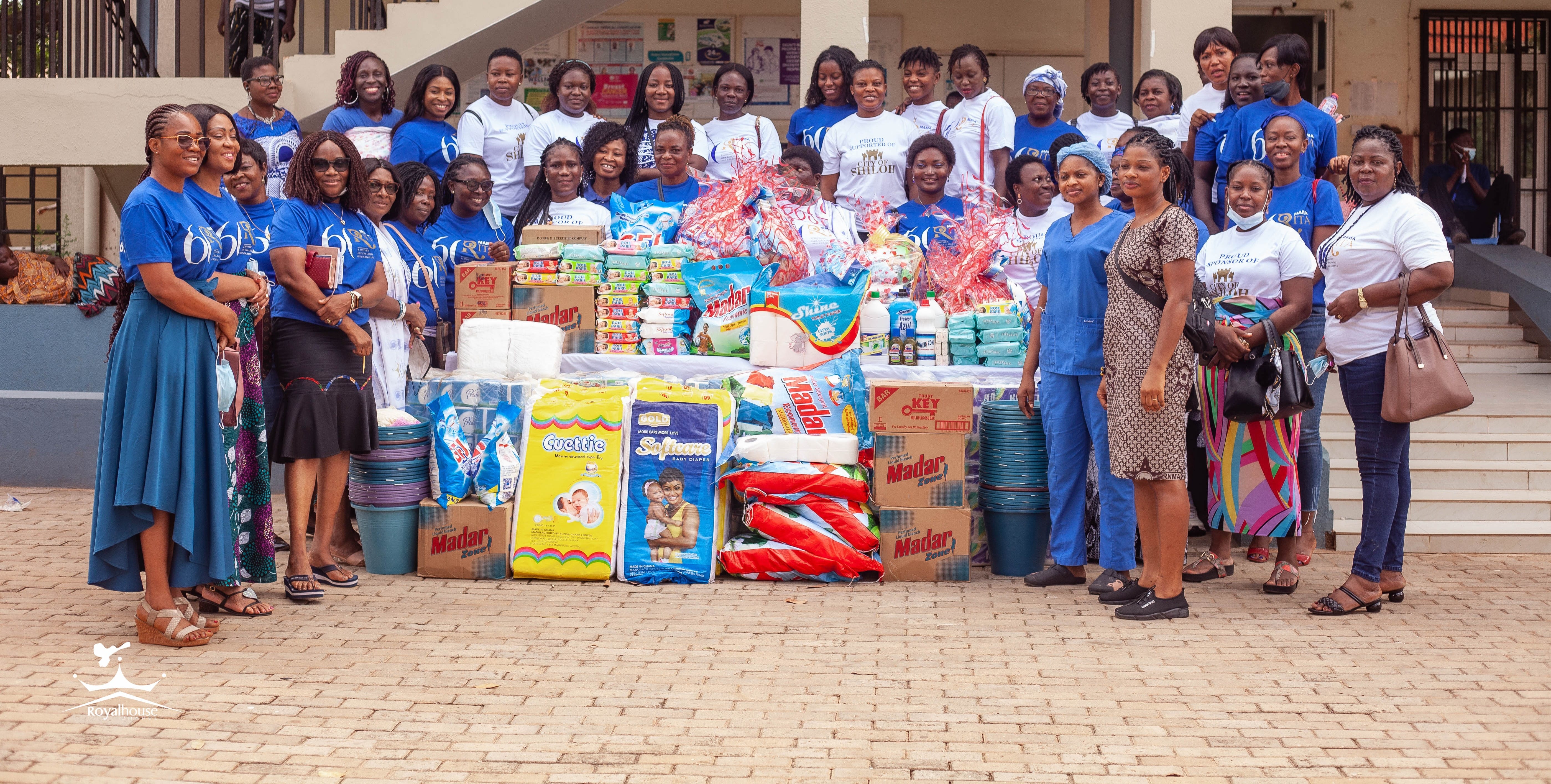 The Royalhouse Chapel International, through its women’s ministry, ‘Royal Ladies’ has organized a nationwide initiative to discharge over 50 mothers who were unable to pay for their hospital bills after delivery. Dubbed the ‘Baby Project,’ the local assemblies of the Church across the country visited health facilities within their localities and paid the hospital bills of mothers in need. The groups also donated assorted items to the mothers including cloth, diapers, toiletries, baby clothing, baby food, and provisions. The initiative which coincided with the annual Mother’s Day celebration, formed part of activities lined up for the 60th Birthday celebration of the President of the Royal Ladies Ministries International, Rev. Mrs. Rita Korankye-Ankrah. The 60th birthday celebration, Themed, “A Mother, Her Calling, Her Example” has already seen the woman of God visiting her alma mater, Zion College, Anloga in the Volta Region where she gave her life to Christ, to give back to the school. In the Greater Accra Region, the teams visited the Korle Bu Teaching Hospital, where 15 mothers were discharged, Tema General Hospital where 6 mothers were discharged and the LEKMA Hospital where 8 mothers were discharged. Other health facilities visited were the Suntreso Government Hospital in Kumasi where the team paid the bills for 7 babies in critical conditions who were on oxygen. At the Peki Government Hospital in the Volta Region, 7 mothers were discharged. The team also paid for blood for another mother who was in a critical condition as well as donated two medical equipment that will be used at the maternity ward to the hospital. At the Suhum General Hospital in the Eastern Region, 6 mothers were discharged. The team also paid the bills of a toddler who had suffered severe burns and was on admission at the hospital. Vice president of the Royal Ladies Ministries International, Rev. Dr. Mrs. Anastasia Yirenkyi, who led the team to the Korle Bu Teaching hospital said the payment of the bills for the mothers was in line with the humanitarian activities of Church. “Our core areas of intervention were in paying discharge fees for mothers and providing care and support items to the newborns,” she said. Rev Dr. Yirenkyi added that the youth choir of the church, Voices In Worship (VIW) with the support of leadership has been doing this for the past 10 years in commemoration of the birthday of the woman of God. She also called on other benevolent organisations to emulate the gesture as there are many needy people at the hospitals visited. Other government hospitals in Cape Coast, Sunyani, and Takoradi also benefited from the initiative. A total amount of GHC 51,997.00 was spent in discharging the mothers and in all, almost GHC 100,000 was spent on the project. The mothers' excitement when they were discharged after their bills were paid was priceless.